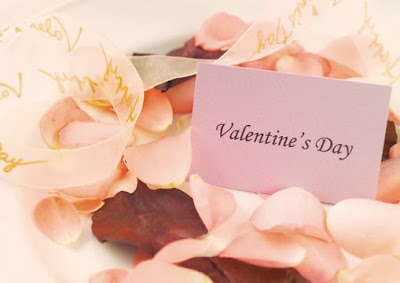 With Valentine’s Day approaching, I thought I’d delve into the origin of this popular holiday. After a little research, I found out that the true history is quite a bit of a mystery.
The Pagan Legend
There are many legends surrounding Valentine’s Day. Some sources claim that Valentine’s Day has pagan roots and can be traced back to the Roman festival of fertility Lupercalia, which was held to celebrate the god of fertility, Lupercus. As the legend goes, men would perform purification rituals by slaughtering dogs and goats, grab the skin of the goats and run around the streets of Rome touching young women with the goat skin, which was believed to make women fertile. (Not exactly what we would have imagined Valentine’s Day to represent, now is it?)
The Christian Legends

The source continues that the Church Christianized this pagan tradition, and thus, came the legend of the martyr Valentine. According to this story, Valentine was a priest in 3rd century Rome who covertly married young lovers when Emperor Claudius II outlawed marriage for men in order to prepare better soldiers. While he was in prison following the discovery of his secret operations, he fell in love with the jailor’s daughter, and wrote her a letter, signed “From your Valentine.” The day we celebrate as Valentine’s Day marks the anniversary of Valentine’s death or burial (yet more mystery).

The First Valentine’s Day Card
The tradition of sending Valentine’s Day cards started in 1415, when France’s Duke of Orleans sent his wife a card while he was imprisoned in the Tower of London after the Battle of Agincourt. In the centuries to follow, exchanging written declarations of love and affection became more popularized. Love letters, notes, and cards made it easy for lovers and friends to express their emotions at a time when open expressions of affection were not very common or accepted. By the end of the eighteenth century, advances in printing technology brought upon printed cards. Esther A. Howland produced and sold the first mass-produced Valentine’s Day in America in the 1840’s.
Now, approximately 141 million Valentine’s Day cards are exchanged every year, making Valentine’s Day the second most popular card-sending holiday after Christmas (according to the Greeting Card Association).

How do you celebrate Valentine’s Day? Do you prepare handwritten cards for your loved ones?

Looking For a Specific Topic?